I might have made this statement in the past, but it bears repeating, nonetheless. Putting in an advertisement that just point blank tells you to ‘buy this product’ is no longer a valid form of selling anything to anyone. The last two generations of consumers have seen commercials since birth and are practically immunized against standard advertising tactics. I would even go far enough to say that they have become cynical about our consumer-based economy. So, the more forward-thinking marketers of today address this obstacle by creating marketable content for target audiences.

However, this raises a thought provoking question. What makes marketable content? Effective marketable content can successfully connect, entertain, and offer something to the audiences who willingly consume it. Through a few examples over the next few posts, I will explain what these three factors done right and done wrong.

An effective ad campaign in this day and age connects with audiences that all share something in common via emotional ties. These emotions could range from optimism, cynicism,  humor, or nostalgia, but they all have to encapsulate how their audience feels.

So, what does a successful ad campaign that connects with audiences look like?

Normally, in any typical marketing situation, the company would used this data to take advantage of their target audience. They would have pushed their product as the solution to their problem.

However, in doing so, they would have been just another beauty product shouting the same message in a noisy crowd.

Instead, they took an opportunity to connect with and reassure their target demographic of their natural beauty. They did this by taking steps to present women of all shapes and sizes as beautiful. 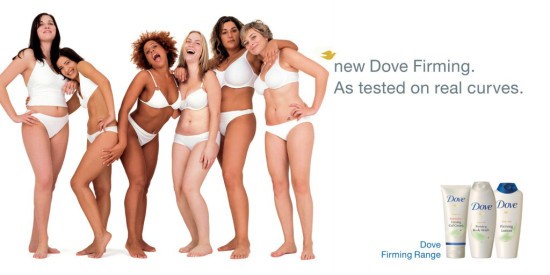 The promotion of the brand was secondary to message that they send to their target audience. Their goal was to leaving a positive impression to the people who come across them.

To quote Brenda Fiala, a senior vice president for strategy for Blast Radius, said “Dove was trying to create a sense of trust with the consumer by tapping into deep-seated emotions that many women feel about themselves and their appearance.”

Once they tapped into those emotions with a body positive message, the company set itself and their product apart from the rest of the crowd and gained positive notoriety for about a decade.

Then… in what looked like a complete reversal of a company values, they posted this Facebook ad in October of 2017.   A company that made a point to be inclusive of multiple races, ages, and body types of women in their advertising for over a decade, put up the most problematic advertisement to have surfaced on the internet. Why, Dove…just why? 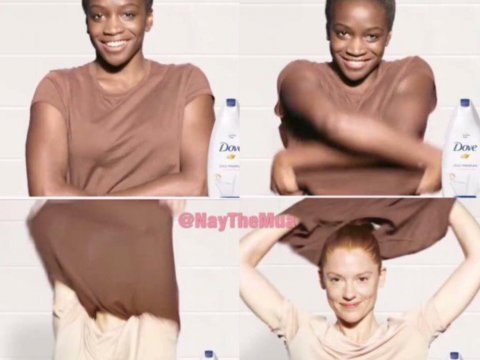 The implications of this image were not only uncomfortably racist in its overtones, but felt like a slap in the face to audiences who associated Dove’s message of body positivity with the brand for 13 years.  The diverse audience that they gained from their body positive campaign felt alienated in an instant.

It wasn’t just the implied racism that damaged Dove’s credibility. It was also the sudden inconsistency in their stance of body positivity. The sudden shift in company values flagged suspicion to their customers which meant that they could no longer connect with Dove.

The company took the ad off and apologized, but the damage was already done. People who connected with the brand in the past severed ties the moment that there was a conflict in the core values of the company. And who could blame them? 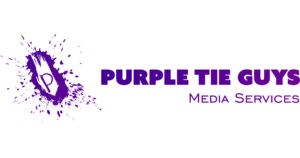 This article was brought to you by Purple Tie Guys Media Services, a Huntsville Alabama Marketing Company.  If you want to read more about stuff like this, check out our blog!