What’s up with Fake News?

Last week, I touched on a case of fake news and click-baiting that existed before computers were even invented, the yellow journalists of late 1800’s New York. The problem, though not as on a mass scale as Facebook, has happened before and has gone away over time.  But, I only briefly touched on the parallels that Facebook had with newspapers at the time.  Both share a strong common motivator for fake news in the first place, profit from advertisers.

The Internet, Newspapers, and Ad Revenue 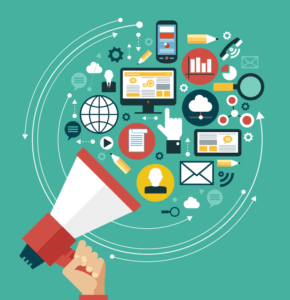 What if I were to tell you, that newspapers, websites, and social media platforms don’t make money off of their content alone?  According to Matpat’s Film Theory: Is Fake News Killing the Internet?, It is not the job of news companies to convey important information. The real job of news companies, social media platforms,  and search engine sites is to sell advertising space to their captive audience.  The reason that we don’t currently pay a dime for Facebook is that it became less of a platform for people to connect with one another, and more of a space for advertisers.

Advertisers pay Facebook money for space for their advertisement, the same way that advertisers did for newspapers over a hundred years ago, whether it comes in the form of a picture or an article.

Just like a newspaper advertisement, the more people pay attention and respond to a product with advertising attached, the more both the platform and the business who bought advertising space would profit.

Here is how a click works according to politifact.com “The publisher gets to have a broad say in what categories or types of ads would appear, but overall the network decides what specific ad shows up. Advertisers, meanwhile, negotiate with the network on an amount they’ll pay if someone clicks on their ad. That amount is measured in fractions of a cent per click. If a reader on the publisher’s website clicks an ad, that advertiser will pay the network. The network then shares some of the revenue with the publisher.”

Advertising through Gossip and Fear Mongering

These advertisers want to make as much revenue as possible, so, they figure it’s important to draw as much attention to their advertisement as possible. So, they encourage clicks, likes, and shares 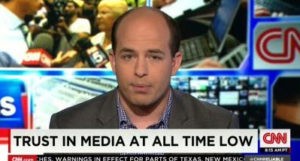 by attaching juicy gossip with their advertisements. Why do they do this? To create an emotional investment from the target audience. Does that sound familiar?

People spread and share information when something is emotionally relatable. If something makes someone happy, sad, or angry they will most likely share it with the people around them. However, some emotional responses are more potent than others when it comes to convincing people to share information. According to studies conducted by MIT in China, people share information the most when they are angry.

People don’t share articles with rational information, because it doesn’t arouse a strong enough emotional response. So, it should come as no surprise that advertisers would be more likely to buy ad space from fake news sites than on a site that shares statistics. It just gets more attention.

It also properly explains why people on Facebook are getting more and more argumentative. But is this spread of false information hurting anyone? Absolutely.

At best, fake news would waste some time and utilities. At worst, it has lead to accusations of fraud to people going through legitimate tragedy, changed the course of local elections, and damaged the reputation of a company so badly that stock prices began to fall within fifteen minutes.

So, now that we know the motivations of social media platforms and news stations when it comes to advertising and profit, one last question remains.  How do we fix it? What will it take to stop this spiral of madness? I will be sharing an idea or to on how to slow down the process of fake news or at least decrease its effectiveness.

This article was written by the Purple Tie Guys, an Alabama SEO, Web Building, and Marketing firm. If you want to read more content like this, check out our blog. If you want to book an appointment, click on the popup here!