Marketing your business online is tricky.  This whole thing relies on the consent and cooperation between three existing parties. The company, the consumer, and the host service. The whole goal of a company who participates in online marketing is to make their target audience aware of their product or service. The consumer wants accurate information on what they are looking for. Search engine host services want to provide accurate information to the consumer.

Eventually, Search Engine Marketing became the answer to meet the needs of all three entities. Advertisers would pay for space on web pages, provided they didn’t tamper with genuine information on search results. The host would comb through the data, and allow a set form of advertising without damaging the integrity of the information offered to users. The users would click on that advertising for goods and services. This gives both the search engine and the company a chance to profit.

So, if that is how the system works, is it foolproof? Not exactly. That balance is still a precarious situation. If any of the three parties are not careful the whole thing will fall apart. How?  Well, let’s look at what happens when one part of the search engine market overpowers the rest of the participants.

This hypothetical situation is a little more plausible compared to the other two. This is because it is a common criticism in other forms of media like television, print media, and radio stations. There is even speculation that this is what is going on with search engines today. In this scenario, there is more advertising space than actual information on search engine results. These ads would be unrelated to the search bar. There would be several pop-ups for every single website that has ad sponsorships. Unchecked, this means the death of the internet since free and accurate information would require a lot of digging.

However, while this is the most plausible issue to occur over the internet, there has since been enough outcry and mitigation when the SEM landscape covers too much internet space. One of the things that Google does to offer free information to the public is to limit the ad space that can appear on the result pages. It also relies on relevancy to determine whether ad placement should be awarded to a company that bids for it. Google even tried to decrease the rate of unnessecarry pop-ups by creating its own ad blocker and allowing third-party extensions that do the same thing. Even if it is to the chagrin of news sites.

This scenario is less likely to happen. However, it is a very real fear among those who wish to utilize search engine marketing as part of their main marketing mix. In this case, ad space would be even more limited than usual. There would be an increase in both regulation and penalties all across the board. The public and businesses would have little information on how the policies work, and would probably need to pay for it to participate. Were this to happen, small businesses would definitely get caught in the crossfire, due to a lack of know-how and availability in the system. Larger businesses with more money would get a bigger chance of using ad space.

This model, however, is not likely going to happen. Because, while people don’t like too many ads, they still love to shop online. While Google would make some profit, it would not make near as much profit if they didn’t allow the PPC system. Too many limitations on ads would ultimately change the landscape of e-commerce by decreasing the incentive to shop online. But what about the shoppers? What would happen if they had control of the market?

Imbalanced Scenario Three: The Public Being in Charge of SEM Policies

The public has a lot more say with the fate of 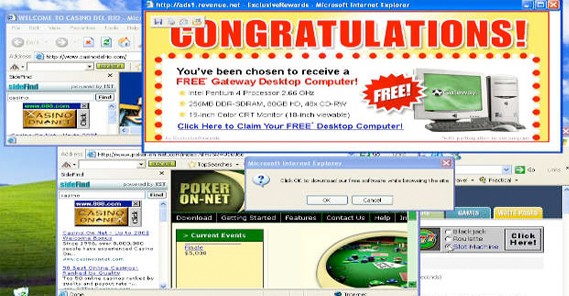 search engine marketing than the general public realizes. If it weren’t for their spending power, after all, there would be no incentive for either search engine owners or companies to make SEM a reality in the first place. But what if the public had taken the reigns entirely on search engine policies and the market. We actually have a model for that during the early days of the internet.

In the late 1990s, during the Wild West of the Internet,  indexing was mostly determined by how people wanted results to rank. This lead to a lot of misinformation and dubious practices. The lack of regulation was so bad at the time that it was easy to scam people. They would run amok with false products, stuffing irrelevant keywords and littering the page with way more advertisements than people could keep track of.

The regulation of this behavior from the search engine owners, backed by the profit from corporate spending, helped reign in the chaos into something more functional. This, in turn, kept search engines from charging the public for their services and gave them a shout out if they played by the rules.

If you are interested in search engine marketing for your business visit our main page and contact us!