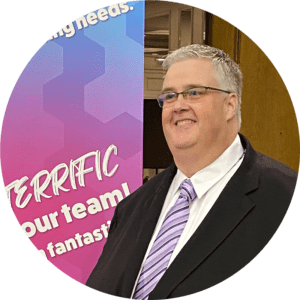 Robert began his career in the technology industry in 1995 as the VP for government sales for a technology supplier in Huntsville, Alabama. In 2002 Robert became one of the first certified HIPAA Privacy and Security officers through Network Edge in Memphis, Tennessee. He traveled throughout the southeast teaching "HIPAA in Daily Practice" based on the book of the same name, which he helped create.

In 2004 he founded Medical Computer Associates, an I.T. company focused on providing private practice, medical billing companies, and many hospitals with I.T. and systems support. In 2007 he founded Critical Technologies to include I.T. support for local and federal government agencies, including work with local 911 agencies and the Federal Bureau of Investigation. In 2012 he founded FavGeek, a retail I.T support company. This is where he started his career in marketing as well. In 2015 Robert founded Purple Tie Guys, an internet marketing company designed specifically for medical providers. He is a certified Google Partner; he has also received certifications in Google Ads and Google Analytics. Purple Tie Guys is also a Google Trusted Agency and awarded Top Healthcare Marketing Agency of 2019.