I don’t know who in the audience is reading the article, but I am old enough to remember using Encyclopedias for book reports, and I am young enough to enjoy watching YouTube videos on a regular basis. The last two decades have been an ultimate game changer in the way people create, exchange, and spread information. We live in a world, where the Internet has made the entire globe one large cultural melting pot. It is a drastic change that has opened doors for the best and the worst of humanity to offer.  Whether you think it is all worth it or not, is subjective to each person who has witness these changes firsthand. 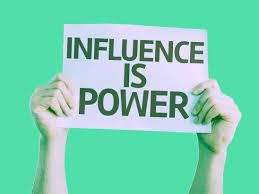 Marketers and people in the entertainment industry, are also touched by the mixed bag that the Internet has to offer.  As for the good it does to marketers and entertainers, the Internet has brought them closer to their target audiences than ever before. The unfortunate thing for them is that they now are facing ever-increasing competition for market influence. Something that the established industries are not used to dealing with in general.

No longer do Hollywood starlets and athletes have the corner on trend setting and promoting products. Today’s Youtubers, Bloggers, and Social Media stars are demonstrating that they are gaining influence over pop culture, brand awareness, and trends as much as their more traditional counterparts.

When I go to work at my other awesome retail job, I don’t see just see new merchandise from large corporations. I am also seeing new product from independent video game franchises like Five Nights at Freddy’s and Hello Neighbor.  Both of which who got their start by YouTube gaming reactors like Markiplier, GT Live, Jacksepticeye, and their audience.

These online personalities, through the YouTube fame alone, managed to make indie game creators popular enough for people to demand merchandise related to the game in brick and mortar stores. That is not done by people with little influence.

On the surface, it doesn’t look feasible. These are average joes playing video games in front of a camera while babbling on in front of the audience. Why did they get so popular?  By describing these influencers as I just did, I already answered my own question without realizing it. They are  regular people talking to their audience. That makes them relatable.

While it is fun to fantasize becoming a Hollywood starlet, or meeting your favorite singer from childhood, the accessibility to that person in traditional media is very limited both physically and emotionally at best. They are on the stage and behind the screen for you to watch, but they are putting up a performance, an artificial front that makes them available to everyone and no one. It makes them appear untouchable at best to their audiences, like gods who can’t stand to be in the presence of mere mortals on Earth for too long.

The chances that you have of seeing them act like regular people, are slim to none because they have an image to maintain as people of higher status. So, there is going to be less of an personal connection that can be made between a traditional celebrity and their audience.

And when there is little to no connection there, fans aren’t going to be as likely to buy what they are selling.

Would you buy something because an unapproachable star you don’t really know much about asked you to?

I wouldn’t because I don’t know them.

I don’t hate them or the brand, but I am indifferent, and anyone in marketing knows that indifference is even worse than hatred in this day and age of advertising.

With YouTube gamers, there is less of a barrier between the performer and the audience.  There is no major barrier between them and their audience,  no illusion of godhood. They are regular people playing video games that audiences love, usually for the first time. We get an interpersonal front row seat to authentic reactions from real people that are talking to the camera like the audience is their best friend.

They are unafraid to show up to places like gaming conventions where people can interact with them more closely. They openly share what is going on in their personal lives with their subscribers. If their dog died, or if they are going through a medical procedure, fans will know about it and send them flowers or their favorite snack.  That’s because these reactors have learned to build an authentic bond of trust between them and their subscribers.

What does this Mean for the Future in Marketing?

If any of you have read into millennial marketing studies, then you know that the latest of our generation are drawn to different things than their parents and grandparents. While Generation X or Y may have been drawn to things that make them feel rich or of a higher status, the Millenial generation are drawn to something much more different. They want an interpersonal connection between themselves and the things they own.

And since the Millennial generation is gaining more spending power, I can only see this growing.

Status symbol or “In Name Only” brands who are unwilling to connect to their audience are going to die , while new entrepreneurs are continuing to reshape the market.

The only way that I can see established brands surviving  is if they find a way to strike a genuine connection between what they represent and their audience.

In a follow up to the video game example, some established gaming companies are not realizing the importance of connecting with the needs of their target demographic, and they are paying for it in huge losses. Maybe they should look to certain Youtubers for advice?