I didn’t see it happen, but there’s a new, growing economy blossoming right underneath my nose. It sped past me, and I never even gave it a second thought. It’s been right here, right in front of me, for years, and I’ve been to slow to even realize it.

No, that’s a boring name for it. Let’s jazz it up. How about ‘Independent Creators?’ Don’t recognize it? How about indie. That’s the buzzword that everyone was jumping onto the past few years. And the truth is indie developers have been around a lot longer than people realize. But now, with the internet changing and evolving into a plethora of user-created content, indie developers are in the spotlight. Now, some back story and explanation.

Independent Developers are just small business owners like any old Joe Schmoe running a corner deli or clothing consignment store. The key differences are that anything made by indie developers can be made available immediately after the creating is finished straight from their website or another direct spigot to drink from.

I think the sheer amount of different types of indie developers will amaze the average person who hasn’t done any research into the topic. I’m going to focus on just a few. Obviously, indie video game developers are the first thing that pops into my mind. But that’s just the tip of the iceberg. You’ve also got comic book creators, music makers, movie makers, and don’t get me started on Etsy. That’s going to be a large section of this article because DAMN.

Let’s start off small. Has anyone ever heard of a little webcomic called Penny Arcade? If you haven’t, it’s illustrated by Mike Krahulik and written by Jerry Holskins, and they cater to the video game crowd with most of their strips, masquerading as their alter egos rage-as-hot-as-the-sun John “Gabe” Gabriel and quick-witted, cool-headed, silver-tongued Tycho Brahe. They started the strip back in 1998, and they were making exactly $0 when they did. But they stuck with it, and now they are the face of one of the biggest gaming conferences in the world, PAX (there were no less than 4 of these events last year). Who knows how much money they’re raking in now just because they weren’t, in their own words, “stupid enough to stop making” dumb comics? They’ve also started different lines of products and clothing, but what I’m really happy about is the fact that they started a charity organization called “Child’s Play.” It helps hospitals get equipment for children. Equipment like Xbox Ones and PS4s. Kids need entertainment to help them heal! Heck, everyone does. But I digress. Penny Arcade is a stand out example of two people who started a dinky little webcomic and became wildly successful. And it happened without anyone realizing it. 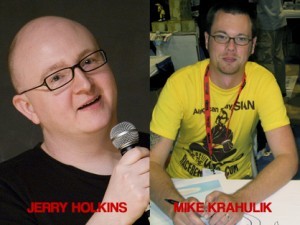 Let’s talk about some traditional comics, shall we? Does anyone know who Todd McFarlane is? He’s the creator of Spawn and one of the founders of Image Comics 1 2. Now, I wish I had sales numbers for the first run of Spawn, but I do not. I’ll do some research and see what I can come up with, but let’s just say that when Spawn launched in the 90’s it was a hit. And that’s an understatement to be reckoned with. The comic sold as good as (if not better than) any of the Batmans or Spider-Mans out there. There was a movie, an HBO series and multiple videogames based on it, for crying out loud! My point here is that Todd McFarlane stepped out of the traditional box of comic creation and publishing back then. He owned all of the rights to his creations and published them himself through Image Comics. He built an empire around the idea that no company should own your characters that you create. They should simply publish them. 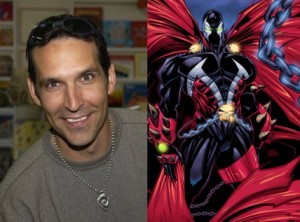 I can’t say that I’m an indie movie buff. In fact, I typically hate them. They seem overly preachy or absurdly abstract to me. I’m more of a summer blockbuster popcorn movie type of guy. But you can’t deny that some of the most successful movies of our time have began as independent films. Movies like Lost in Translation and Paranormal Activity or the biggie The Passion of The Christ. These movies were either bankrolled by a single person or made by incredibly small production teams, and THEY WERE AWESOME! Or so I hear. Again, not a big fan. But Christ pulled in an insane $612M! That’s huge!

Moving on we have what everyone thinks of when they hear indie, and that’s indie music. It’s been around forever, blaring from garages and kids’ bedrooms, interrupting parties and social get-togethers. Thanks to the Internet, indie music is MUCH easier to find. iTunes has been a huge part of this, but really, it’s just much easier to find great music now. With sites like Soundcloud, Spotify and Pandora curating music for your tastes, it becomes very easy to find bands that have no label or promotions or even albums that have been released. It’s a truly exciting time to be listening to music.

And now, the subject that is near and dear to my heart. Indie Games. I consider myself a moderate gamer. I don’t have the time to be a hardcore gamer anymore, but I tend to veer away from games considered “casual.” The past two years, I’ve found that I’ve gravitated towards indie games. My favorite game currently is Gone Home by The Fullbright Company. It’s been called many things, both good and bad (my favorite review called it a walking simulator), but regardless of what others say it is definitely my favorite game. It was made by four people. And it is amazing. Try it for yourself! My second favorite game is kind of a cop-out since it was so popular when it was released, but nevertheless it’s an indie title. Journey by Thatgamecompany. It was made by eight people. And it is also AMAZING! It was exclusive to the PS3 for a long time, but as of this writing, a PS4 game is in development. Now, let’s address the elephant in the room. Minecraft. It started off as a game made by one man, Markus “Notch” Persson. Now, he’s since created and sold a company around Minecraft, Mojang, but the encouraging part of this is just how popular the game is still after 4 years. The Minecraft Stats page says that, as of right now, there has been 19,157,968 units sold. This game is like the lovechild of Legos and an Atari, and it struck a cord in gamers far and wide. I can’t find any sales numbers, but with that many units sold, plus selling his company to Microsoft, Notch is sitting pretty on his throne of redstone (that’s a Minecraft joke, look it up). One of the most anticipated games of the near future is called No Man’s Sky by Hello Games, an indie developer. There is as much talk about this game as there is the next Halo or Mario games.

So, that ridiculously vast background was all in preparation for this. Independent developers are essentially electronic small businesses. Why didn’t I realize this? Because it’s happened gradually over the past few years. Digital distribution has made these types of consumables accessible from anywhere at any time. Two services I use on a regular basis is Steam for games and Comixology for comic books. From either of these services I can buy a game or comic and have it delivered to me immediately. It’s the same as iTunes for music or movies or Amazon Kindle Store and Audible for books (which are also teeming with indie authors). People debate why independent creators are doing so well, and I think it’s because they’re so accessible to everyone. Granted, you need to produce good content, and that’s a given in any field.

So, my final thoughts. In the United States today, small businesses make up a whopping 48.5% of the workforce. That’s insane. And with all this digital distribution happening, it’s clear why indie creators have flourished. It’s an awesome time to be creative! So, get out there and make something!