What’s up with Fake News?

Last week,  I explained how any sort of news media made money, through ad revenue and why fake news gets more likes and shares than well-researched data. But are there things that we can do to decrease the spread of fake news? One solution alone won’t cut it. Especially with money being involved in creating media, and emotional strings being used to spread information more quickly. There is also balancing free speech with censorship.

Facebook sells ad space to keep Facebook free for its users. But when it comes to something like ad space, if people are going to make a profit off of it, they are going to try and make as much money as possible, oversaturating the platform as a result. And no one likes ad oversaturation, because it can be harmful, especially to developing children.

Well, Facebook has a couple of routes that it could take:

While it would certainly scale back some of the fake content, relying on algorithms alone is not a good strategy. Computers don’t pick up on variables unless they are specifically told to. For instance, if you were a hospital and there was a photo of a doctor doing surgery, what is to stop the algorithm to flag it for excessive gore? What about pro-LBGT spaces, would they be penalized for being crude? Those algorithms also need to be coupled with human oversight if there is to be an increase in quality over ad space.

While it would weed out scammers that aren’t established, the extra charge in these spaces will most undoubtedly give larger businesses a greater advantage over smaller ones that couldn’t afford to pay for advertising on that platform.

This will definitely put a halt to fake news since advertising would no longer be available to anyone. However, there would be strong resistance from users who are used to not paying for social media for so long. There would be a large decrease in users, but there would most likely be enough diehard fans for Facebook to still be up and running. 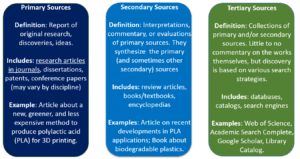 You would think that it would be mandatory in America’s compulsory education system to teach students how to discern and look for sources in what they read. However, outside of teaching high schoolers how to cite their own sources, that is all they cover. At least that was my case.  I wasn’t taught how to discern the reliability of a source until I went to community college. Even, then, I didn’t know about things like primary, secondary, and tertiary sources until I was a junior in college. Or how statistics are easily manipulated to spin a message.

I could go on about how the compulsory education system could be improved. But the point that I am making, is that people don’t often research as much as they should. Mostly, because they don’t know how.

A great way to stop the spread of ignorance is education, so there should be educational platforms that encourage people to fact check and consider sources while browsing social media.  Given that over half of Americans get their news from social media, it would be only right to use a platform for discourse like Facebook to educate people about things like cognitive bias, and logical fallacies.

What’s more, those type of PSAs would be great publicity move for Facebook. Instead of just telling people that they are changing, they can illustrate this through their actions.

This article was written by the Purple Tie Guys, an Alabama SEO, Web Building, and Marketing firm. If you want to read more content like this, check out our blog. If you want to book an appointment, click on the popup here!