Facebook has seen a tumultuous time for the last couple of years. There has been hearings, investigations, interviews, accusations, apologies, and drama. So, it is understandable that the idea of marketing on any social media platform, including Facebook, would not look appealing. Especially for smaller businesses who do not have a lot of money on their hands for paid forms of advertising. However, there is a right way and a wrong way to go about marketing your business on Facebook, or Facebook marketing. If you know what to expect from the attitudes of Facebook users, you will start to get more comfortable with using the platform. So, let’s talk about the climate of Facebook, its users, and what is okay and not okay when it comes to Facebook marketing.

On the user side of Facebook, information is freely offered to the platform to create an account. This way, people who may have a pre-existing relationship with this person or may have a similar interest can connect. The amount of information that exists on the profile is determined by the amount of information people are willing to give.  Once they connect with others, they will have them on a friend’s list with recommendations based on mutual friendships.

When it works, the companies that advertise of facebook makes advertising revenue and everybody wins. Users have a fun, “free” product to use that offers them stuff they actually like, Facebook and its shareholders get money, and Advertising companies get a profit from advertising online to enough people who want to buy their goods and services.

All in all, it looks like there is a three-way symbiotic relationship between the user, Facebook, and third-party companies.

So, what is the problem? Why are users so concerned about privacy and what makes the Facebook marketing landscape more difficult for small and large businesses alike?  The answer to that question has to do with the ethics of data collecting and social media interactions.

If an advertiser or someone in Facebook Marketing isn’t satisfied with just making money from ad generated leads, they will try to compile their own data for ways to make more money. The more 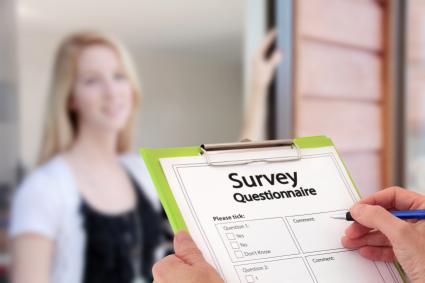 information that they can get about the people that buy their products or use their services, the better they can outdo their market competition. After all, what company wouldn’t want more success than their competitors with insider knowledge of their demographic?

Due to the sudden boom in technology,  new situations are presenting themselves that haven’t come up before. This leads to a few questions about the role of technology, how much data third parties should be allowed to gather, and respect for user privacy.

The best that lawmakers and ethicists have to go off of comes from the concept of personal autonomy and consent. If someone gives information freely to another person and knows where the data is going, that is an ethical form of data gathering. If someone is taking information from an unknowing party, whether for the purposes of Facebook marketing or for identity theft, it is an unethical move.

Sometimes, they go through routes that are clear to the users like outright asking them questions about their preferences in surveys and polls.  This is perfectly ethical among marketers and businesses. This is because surveys and polling rely on the informed consent of the people participating in the survey. If a user doesn’t want to participate or wishes to remain anonymous, they have the right to refuse. There is no foul because the users have been given a choice about what information they are willing to share. 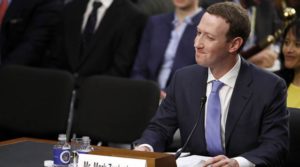 The polling and survey process has its drawbacks. Sometimes it is inefficient or too slow for companies to gather everything they need. So, they take it without asking. They do this by scraping. Users take a personality quizzes or some other amusement set up by these data collectors. Then, while that is going on another program that is attached to it gathers the private information of that user and their Facebook friends. Then that data is sold for profit to advertisers or any other willing buyer.

A scraping program that was intended for the purposes of academia gathered all that information and instead of applying it for their personal studies, they sold it to a political firm hired by President Trump.

The backlash was insane when people found out. Facebook some revenue and the number of users dropped quite a bit worldwide. Not enough to end the platform completely but certainly enough to gain attention to the stock market.

When you make a new account for an app, you get a long contract of stipulations. This is a Term of Service Agreement.  They are made up of long paragraphs with sections and subsections with what the user is agreeing to the moment they sign up for any social media platform or software program. These paragraphs often state things about the information users agree to share. It also usually contains a promise from the user that they will not copy any of the code to make their own version of the program. It also grants the social media provider the right to use and profit off of user content whenever they see fit without compensating the user.  Wait, what?

Most of the time, people don’t bother to read the entire thing, and on some level, it isn’t their fault. The average American reads at an 8th-grade level.  That is about sufficient for reading labels for medication directions, but not for legal and binding contracts.

A lot of those contracts are written at a reading level of at least a college sophomore.  The use of the confusing language in these contracts is outright manipulative on the part of these social media creators. But it is still technically legal. They had a chance to inform themselves and didn’t. At least in the eyes of the law.

This combined with the Cambridge Analytica incident has created a lot of mistrust between users and the Facebook platform. This is the hurdle that Facebook Marketers will have to overcome. So, what can be done about it? How do Facebook marketers put users at ease? I will explain the series of steps in the next article.