For a long time, demographics and statistics have been the backbone of how we record an existing population. It has helped us determine a rough estimate of generic statements to help us answer specific questions, such as “How many people live in Huntsville, Alabama? How many people in Alabama are under 15? ” etc. So, it is of no surprise that marketers use statistics to try and advertise their goods and services to as many relevant people as they can. However, shopping trends change rapidly. Almost as rapidly as our technology and the environment. This makes me wonder, has our approach to marketing outdated? Do people even fall for the same things they did 10 or 20 years ago? If not, should we change strategy?

So, let’s look at how and when the use of statistics started before we render a verdict.

The Birth of Demography 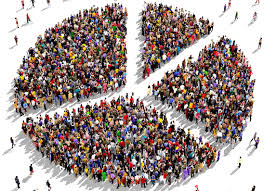 Demography, or the practice of sorting a population into specific data groups, is a science that is almost as old as the idea of civilization itself. Ancient China, India, Greece, and Rome. In the Middle Ages, Christians kept up the practice through official documentation by clergymen. Then, it was applied in the Modern Era to note the trends in death tolls for children under 16. From then on different statisticians further specialized into different fields of demography, whether for religious study, birth and death rate study, or even nutrition study.

Since then, we have looked into what makes up a population in a given area, such as Huntsville, Alabama, and made our own conclusions based on the data we find.

The Use of Demographics in Marketing Segmentation

The use of demographics in sales, much like any other sales practice, has technically existed long before any specialist put a name on it. After all, we have been buying and selling things since the dawn of the barter system. It doesn’t help that there are various schools of thought on the matter either.

However, if you want to know when it was named, then it was coined by Richard S Tedlow.

Richard Tedlow, a business historian, applied the four steps of marketing segmentation, based on factors such as availability, technique, and production etc.

Why Demography is Failing: Identity through Preference over Fact

Marketers on the internet initially thought they could apply demography with mass communication and reach more people than before. But that 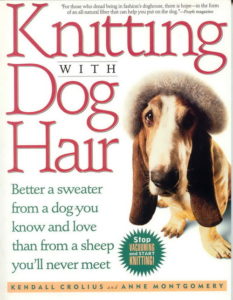 didn’t happen. As of 2016,  4 out of 5 of people have left a webpage because of a pop-up or autoplaying video ad. People use adblockers more than and there was a greater fear of spam over time.

What they did not count on was that the taste of their customers would start to vary. Increased availability with mass communication meant an increase in the exposure and creation of niche communities and expanded preferences. This created a perfect storm that would defy marketing segmentation. You have grandmothers from Huntsville, Alabama who can talk to young people from Beijing, China about their love of knitting and Dr. Who.

Much like rule 34 of the internet (a racy but poignant example), if something exists, no matter how obscure, there will be fans of it. Whether it is a hobby like extreme ironing, or a very obscure tv show pilot like “Heil Honey I’m Home” there will be forums, Facebook groups and Wikis dedicated to it by different people.

As Skyword.com put it, “Choice and freedom now give people the opportunity to construct their own identity outside of traditions and stereotypes.”

It was said best in an article by Alexander Jukowitz from Huffington Post “If you feed your marketing teams the same tired demographic research, you’re painting a very restricted picture for them. If you tell your team to imagine a “he,” that’s exactly what they’re going to do. You’re setting them up to reach the most stereotypical conclusions, which can hurt your brand and your bottom line.”

What Can Marketers Do?

So, what exists that will help marketers advertise to people so diverse? The answer to that question will come in the next couple of posts. If you want to learn more about the SEO services in Huntsville, Alabama,  explore the site and click on a few links