Are Brands and Memes all that Different?

Anyone in the marketing field worth their salt would know the definition of a brand on the top of their head. A brand is an image or slogan designed to promote a product or service.  It is an assigned identity given to a company for the public to identify with via visual or audio shorthand. When those in marketing who do their job well, people would only have to hear a few notes of a jingle or see a specific image to immediately know how to define a company. What if I were to tell you that memes, by definition, aren’t all that much different from brands.

For those who are unaware of meme culture, they would define memes as “funny internet pictures”. While it covers how the internet defines a meme, it is only a small fraction of the definition. It has a grander purpose and is defined by a cultural phenomenon that predates the internet. 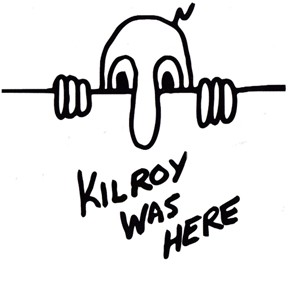 What is a Meme?

The term meme was coined by Richard Dawkins in his 1976 book, The Selfish Gene. A portmanteau of gene and the Greek word mimeme ( meaning roughly “imitated thing”), the word meme is defined as an idea, behavior, or style that spreads from person to person within a culture—often with the aim of conveying a particular phenomenon, theme, or meaning represented by the meme. This serves the purpose of carrying, replicating, and dispersing information of cultural value from person to person as a form of natural selection.  Also, these ideas, just like the people who are sharing them, can grow and evolve. This is done to suit the needs of the culture carrying the information.

Anything can be a meme, and it doesn’t have to be limited to the internet to spread. Take, for instance, Kilroy, a meme that got its start as a private joke between WW2 soldiers out on the battlefield.  All that is required to make a meme is for someone to create a message that other people identify with and a vehicle for that message to spread.

Why are Memes Associated with the Internet?

When the internet became the most popular method of sharing and altering information, memes exploded. 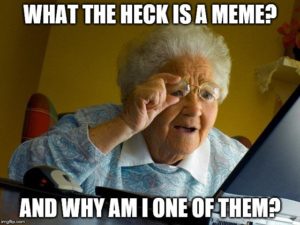 Many people who visited the same forums and websites started to create, alter,  and recycle inside jokes in the form of images and slogans to create a sense of community. These forums like 4Chan were somewhat niche and were mostly reserved for nerds, loners, and creatives. The would get on their computers making jokes with a brand of creativity that only people with too much time on their hands could possibly come up with.

Then, came the rise of social media, like Facebook, Twitter, and Instagram which added a whole new level of connectivity. This expanded the popularity of memes where it escaped its niche origins and became more visible to the public eye.   The more popular a meme is, the faster it would spread onto public consciousness until the meme runs its course and is replaced by a new one.

When a message or a joke can spread like wildfire over the internet, people are going to take notice. Including high-end advertisers that are paid to come up with creative and popular ways to sell a product.

Can you Integrate Memes and Brands?

There are already some striking similarities between viral memes and popular brands. Both of them rely on people understanding an image or a slogan to represent their concept, both of them are created for people to share and consume, and both of them are culturally inclusive. The only 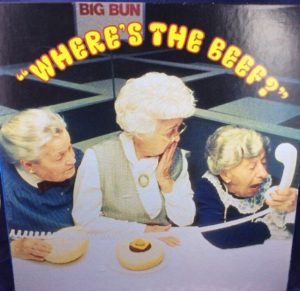 difference between the two is that brands exist to connect with people to sell a product. Memes exist only as a cultural connection.

Can a brand be a meme? Yes. The most popular advertising slogans can be considered memes of the time. One example that comes to mind is Wendy’s 1980’s commercial campaign of  a little old lady asking, “Where’s the Beef?” It’s quick, catchy, funny, and people who watched that commercial in America during the 80’s are in on the joke. Another is the “Got Milk?” Ad. People still joke about it today or reference it in popular media.

Can you integrate memes with a brand? It’s possible but it must be done in the right context. Memes, like brands, stand for a particular idea or meaning and have a specific sense of humor. If you try to use it like an out of touch principal speaking outdated slang, the consequences of that campaign could be cringe-inducing.

There are a plethora of good and bad examples of companies that try to integrate memes into their marketing strategy. I will go over them into more detail in the next post!